Tin box that holds dice. We will print any picture or saying you want on the top with a Commercial uv printer so it will be raised. You also get to pick the colour of the inside dice holder. 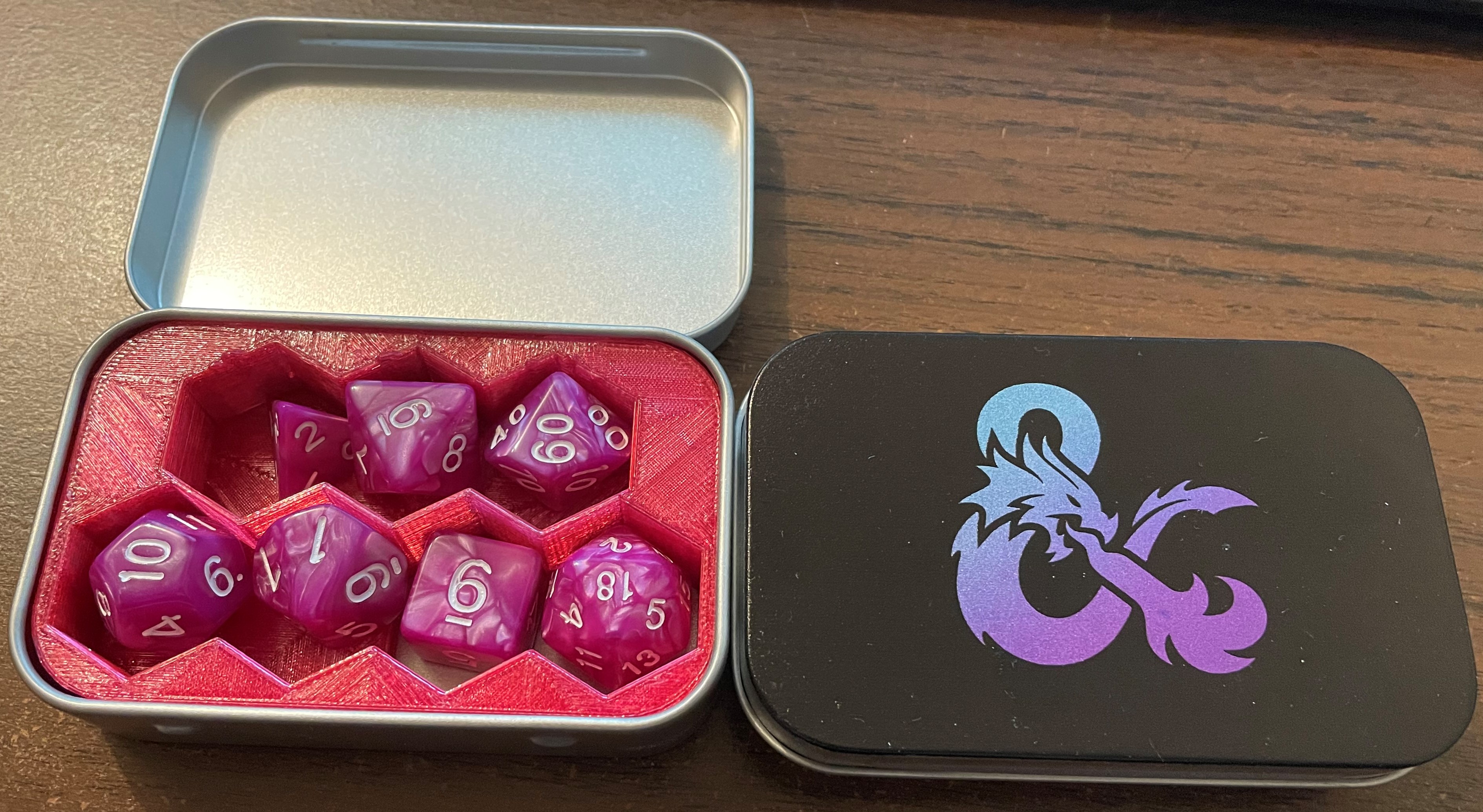