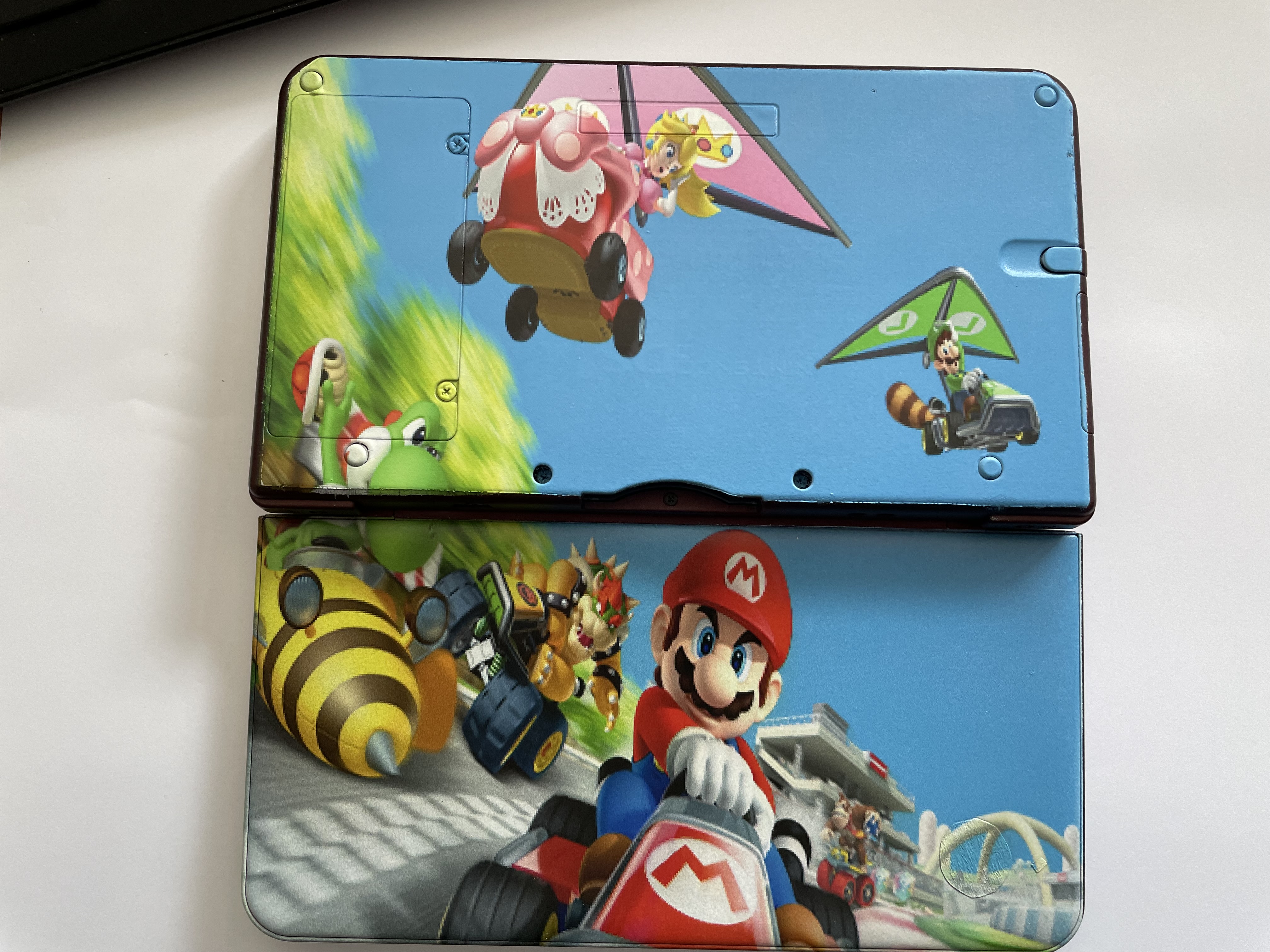 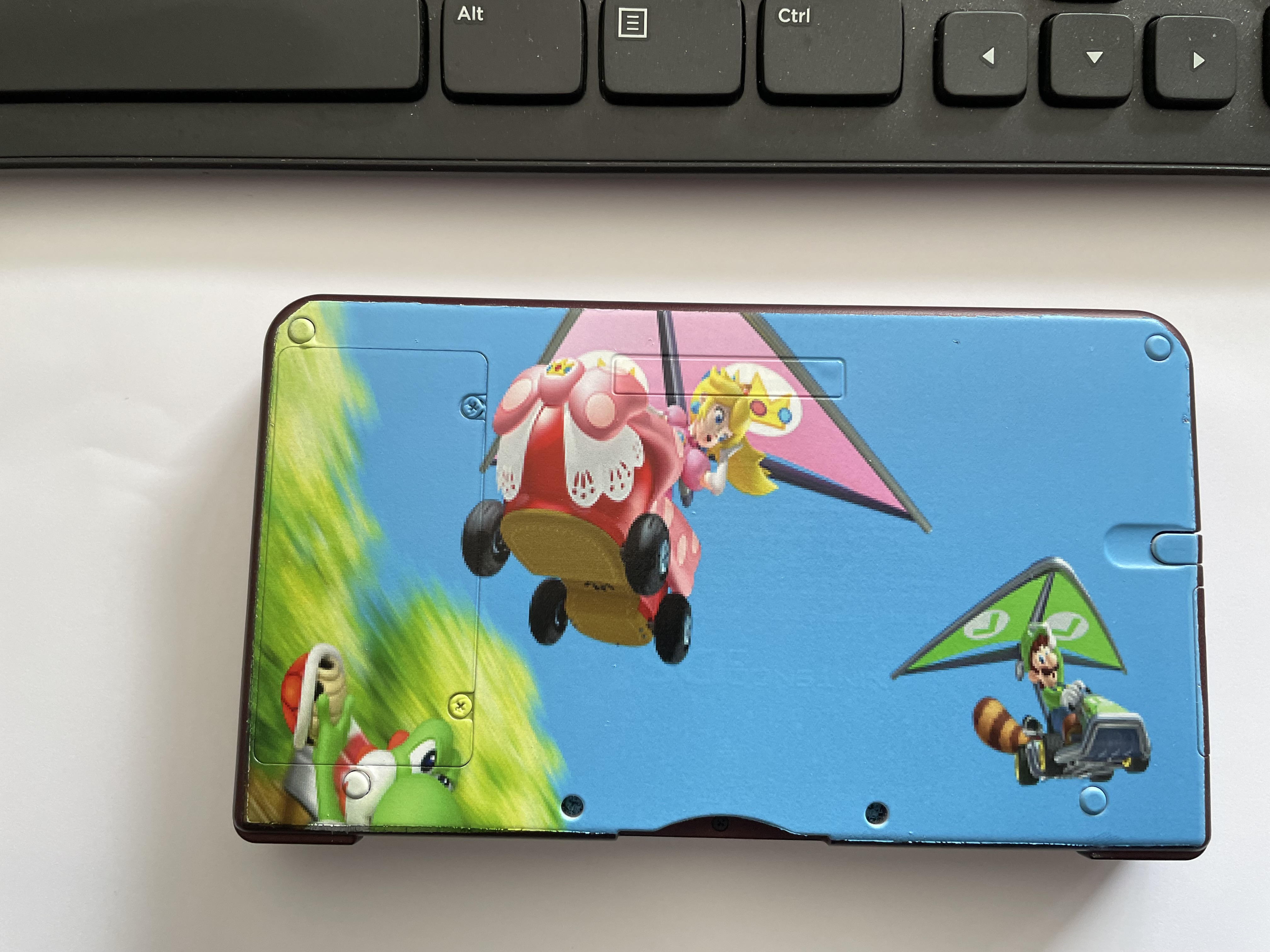 A real dsi xl uv painted on the top and bottom . No stickers, No wraps just Uv Printed. All original parts. The console is used so there might be some small scratches and dents.