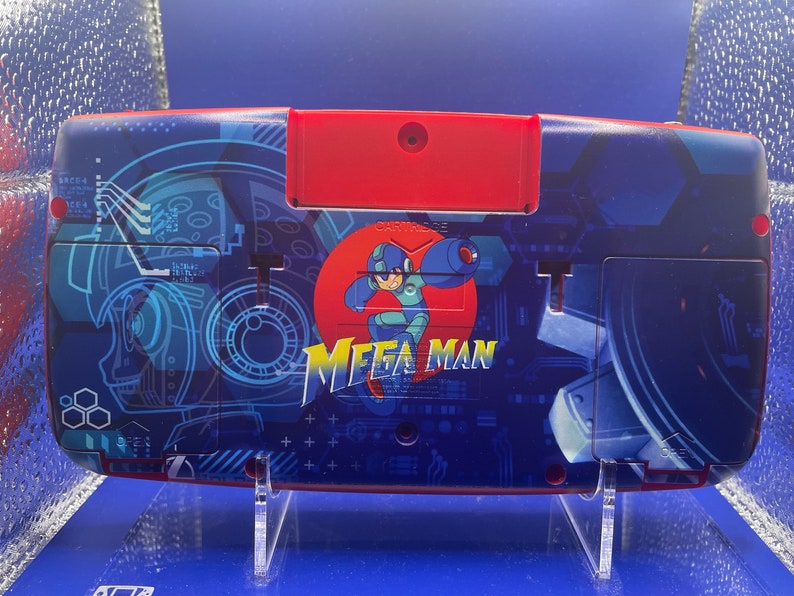 No stickers or overlays .

Custom uv printed front and back in house by us.

No game included, it was just to show the screen.