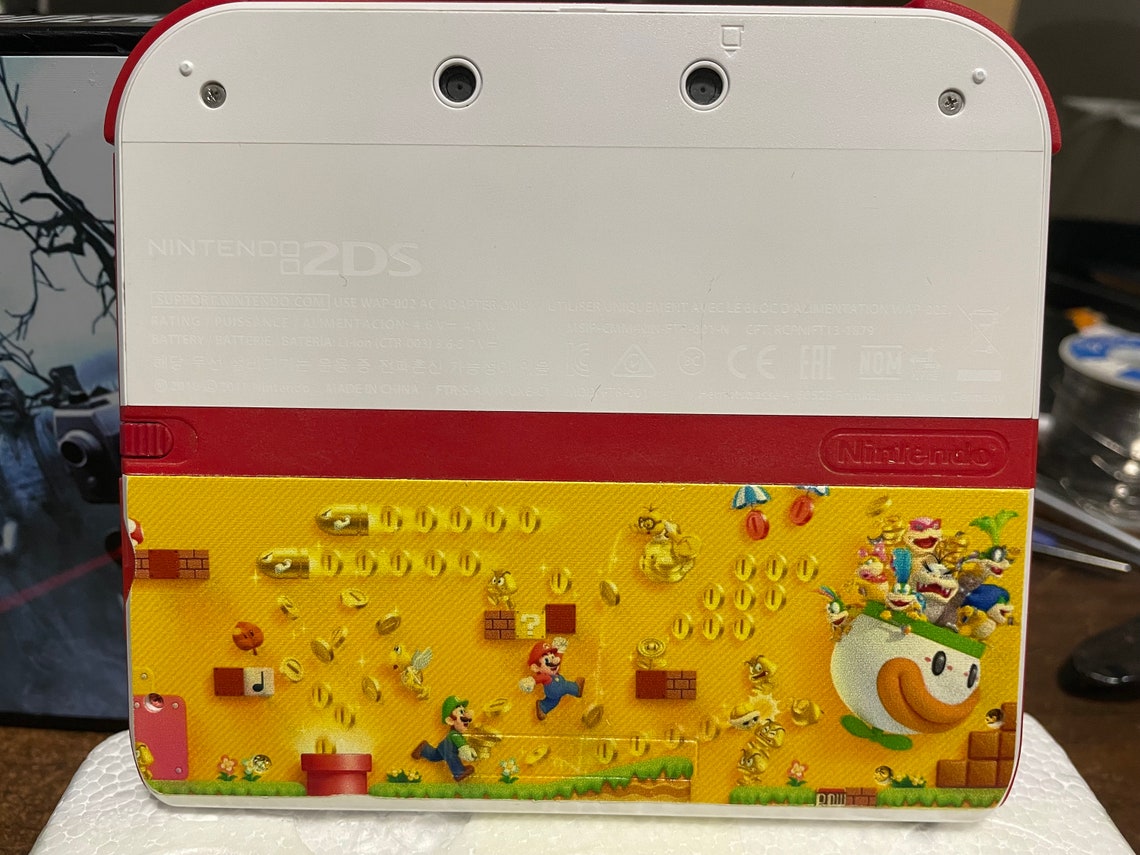 We took a used Nintendo 2ds and uv printed a Mario in the front and Mario bro in the back. The system is in good shape and works good.

Keep in mind it’s a used system so it could have scratches, dents etc.